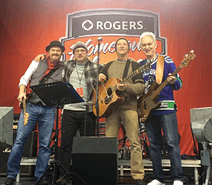 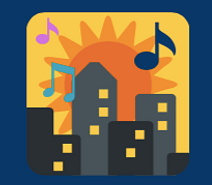 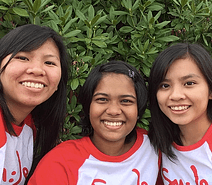 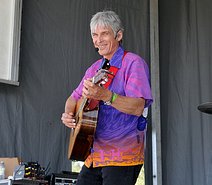 Local musicians Sweet Pan Band are ready to serenade Queensborough with their sweet tunes this August at the QCC Bandstand.  Bring a blanket, picnic and kick back to enjoy their delicious tunes!

Tony Prophet is a seasoned entertainer, great singer and masterful guitar player. He has developed a repertoire that entertains and delights listeners of all ages, engaging them in music and drawing them into social interaction. Tony consistently delivers shows that create a community atmosphere and bring the joy of music to all participants.

Sm:)e is an all-girl band from Surrey. They have a unique sound many compare it to (Electronic Abba). All members feel very strongly about giving back to the community and work closely with charities. They all love to sing and are accomplished musicians. They do workshops, full assemblies and festivals sharing their message of empowerment and inclusion, all over B.C. The band is becoming very popular and you can catch them at many of the family friendly festivals and events around town.

Freedom 95 are regular performers, playing a wide range of venues throughout New Westminster and the lower mainland, including the City of New Westminster’s Canada Day festivities and local Terry Fox runs. The band features music from the 1950s to present day, including songs from artists like The Beatles, Creedence Clearwater Revival and Stevie Ray Vaughn. Freedom 95 includes Don Doyle, Grant Woff on bass, lead singer Ted Sular and Jason Mathney on drums.